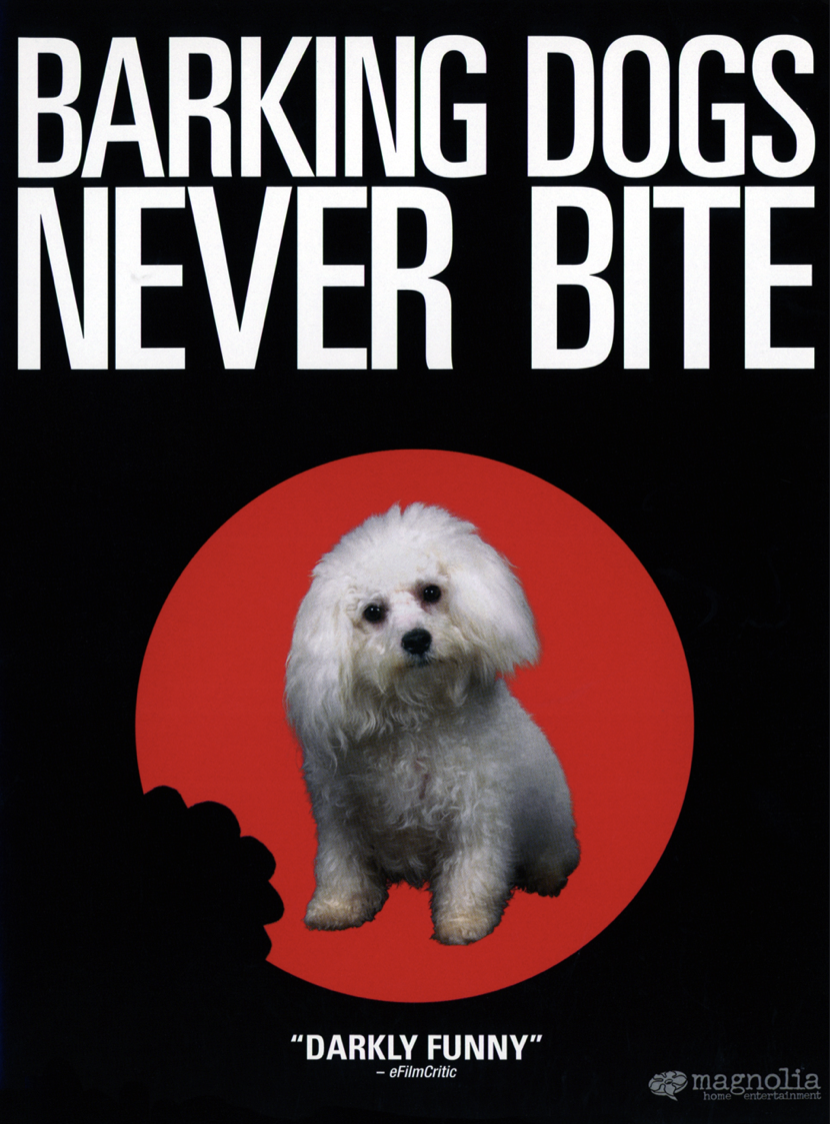 Finals are upon us! It is the time of the semester that we just want to be over. A lot of stress and we just need summer to be upon New England. To all the Emersonians out there who just like myself might see summer like a distant future – say no more: below is a film recommendation that happens around summer but with themes of: animal cruelty (no dogs were harm) and mental breakdown. Keeping that in mind, we hope you can find some inspirations and if you feel under a lot of stress, please don’t hesitate to reach out and speak privately with any of the counselor at Emerson College Counseling and Psychological services at 617-824-8595.

This is a black-comic satire by award winner director Bong Joon-Ho. This is a film that is loosely based on the 19th century children’s novel A Dog of Flanders by Marie Louise De La Ramee, which was very popular in South Korea. This film will keep you glued to the edge of your seat, and it might feel like something out of  The Shining.

We found Lee Sung-Jae playing the role of a postgraduate student, Yun-Ju,  whose partner is pregnant. Their apartment is in a building that is falling apart with a door that only opens outwards- this is just a detail that it is very important to the film, and like many of you know every detail in any Bong Joon-Ho’s films are there for a reason.  Yun-Ju ( Lee Sung-Jae) is not only going through the worries of becoming a new father, but at the same time he is expected to pay a bribe to a senior faculty professor to be able to get a job in a good tenure-track position. The financial situation combined with all those factors triggers a mental breakdown in Yun-Ju. The films deal as well with the topic of the dogs might be the ones who are barking but the ones that are doing the bitting are the humans.

We are wishing best of luck to you during the final weeks.