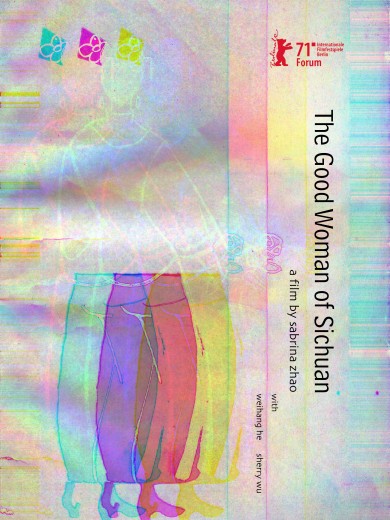 In an interview with Filmmaker , director Sabrina Zhao goes through her creative process on her new film The Good Women Of Sichuan . According to In Review: What little plot there is in Sabrina Zhao’s The Good Woman of Sichuan revolves around an actress who has traveled to the city of Leshan, about two hours south of Chengdu and three hours west of Chongqing, in the province of Sichuan. She’s there to prepare for a production of the Brecht play, which she says the director wants to make abstract and fluid, with the performers finding “a way of expressing and performing that only belongs to each of (them).” What seems to be at play in the film is a chronicle of her attempting to figure what exactly that means, though festival screening notes suggest something more dramatic: “By accident, she loses control of the camera, and drifts into a polyrhythmic experience of stasis.”

During this interview the director expressed how natural the process felt and maybe this has to do with the fact the things were mostly done without a script. The intention of how long the shot will be was based on the director wanting the location to come through life.

If you are interested (like I am ) in knowing about the different creative -behind the scenes on how  film comes alive, take a look at this interview.