Anyone who aspires to be a theatre teacher understands that you need to be a jack (or in my case a jill!) of all trades. We wear many hats at our schools or in the communities we work in. We are usually the only theatre resource in our school. After we spend long days teaching, we spend our afternoons and usually our evenings learning to direct the school’s productions. Emerson has allowed me to feel prepared, no matter the hat that I am wearing!

Directing has always been a passion of mine, and I wanted a course that would help me build foundational skills as well as learn tactics to teach directing to my future students. Emerson’s Masters in Theatre Education program offers two directing courses: Directing the Musical and Directing Theory and Practice. I was lucky enough to take Directing: Theory and Practice with Paul Daigneault, Artistic Director of SpeakEasy Theatre in Boston.

We had a variety of directing experience levels in our class. Some of us had been directing for years while some of us had never directed a show before. However, we all started with the basics. To experience what it was like to be a director, we each brought in a painting of our choice. The only requirement was that there be two people in it. We were challenged to create a story from that painting using only 7 consecutive images and we would use our classmates as actors. Nerves can take its toll in any theatre setting, but Emerson’s Theatre Ed students are always rooting for each other. Those with experience helped those who were struggling and each person created a dynamic and compelling story. Later on, we added a line and a sound to our images to clarify the given circumstances. We continued with activities like creating scenes out of three lines and exploring plays that would typically be produced in classroom settings like Almost Maine. Each of the activities not only helped us to become better directors but was easily transferable to any classroom setting. 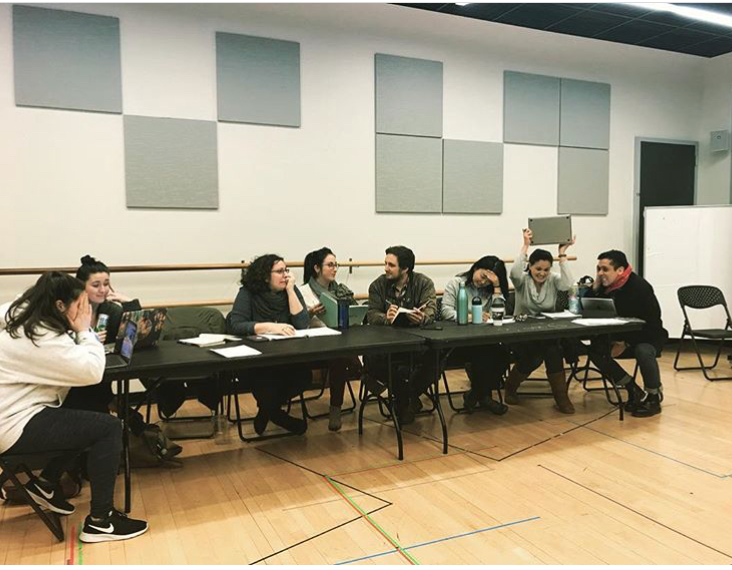 At Emerson, you will write a few research papers, but we are always encouraged to look for new ways to present information that helps students from all multiple intelligences, meaning that we can adapt our curriculum to all learning styles. An example of this can be seen through our study of theories of directing. To tap into the role of director we used our acting and theatre skills in our director’s panel. We each researched a well-known director and presented their point of view as that director. We also debated as those directors too, exploring ideas like the importance of an audience and their perceptions on what and why certain pieces of productions should be produced. Casey Nicholaw, Diane Paulus, and Anne Bogart were just a few of the directors who “visited” our class.

For our final project, we each had the opportunity to direct a production of our own. It could have as much production value as we wanted. The only stipulation was that we must answer “ Why this play now?” Emerson’s Theatre Ed program comes from a socially conscious point of view.

We are taught as arts educators that we have the power to make change through art and the duty to explore social justice issues that affect our students. So that question deeply resonated with me as a began to search for the perfect play. I eventually chose Mary Zimmerman’s Metamorphoses, a play that examines the human condition by delving deep into the ideals of hope and loss, themes that are all too familiar for today’s audiences. It explores how power can destroy lives, which is seen daily in society today.

We held auditions during class, and over 30 undergraduate and graduate students showed up. We “battled” for who we wanted and rehearsals began! My cast of 10 consisted of half undergrads and half grad students. We don’t always get the opportunity to forge relationships with the undergraduates. This play allowed for connections to be built and for the undergrads to find people that could support them outside of their professors.

One of the tricky parts of any rehearsal process can be scheduled, which can be made even harder when your actors are full-time graduate and undergraduate students whose plates are already way too full. Remaining flexible was the key to a successful rehearsal process.

As a director, I make it very clear that I understand how busy the lives of actors/students are, but I always make my expectations clear that we are all on this journey together and the stronger their commitment the stronger the piece will be. As grad students, we have access to rehearsal space in the Paramount’s studios, but you need to be quick and reserve it a week before.

We had limited technical resources for our project. It is a quick rehearsal period, and along with being the director I was also the sound designer, set designer, lighting designer and costume designer. You just have to put on all those hats and add a creative hat as well. One of the key elements of Metamorphoses is water as a vehicle for change, an element that was not allowed in the Greene Theatre. To create the same sense of change and growth, I focused more on my sound design and music, using flowers in place of water. Costumes and props came from our closets and Emerson’s costume and prop shops. At some schools where you teach, you will usually not only be the director and you will have a tight budget. This process allowed us to all challenge ourselves to create something compelling out of very little. We

After about a month of rehearsals, it was showtime! We each presented our productions in the Greene theatre over the course of two nights showcasing a variety of productions ranging from devised pieces all the way to see handmade puppets in Hand to God. Each one of us was able to challenge ourselves in a safe place with the support of another. 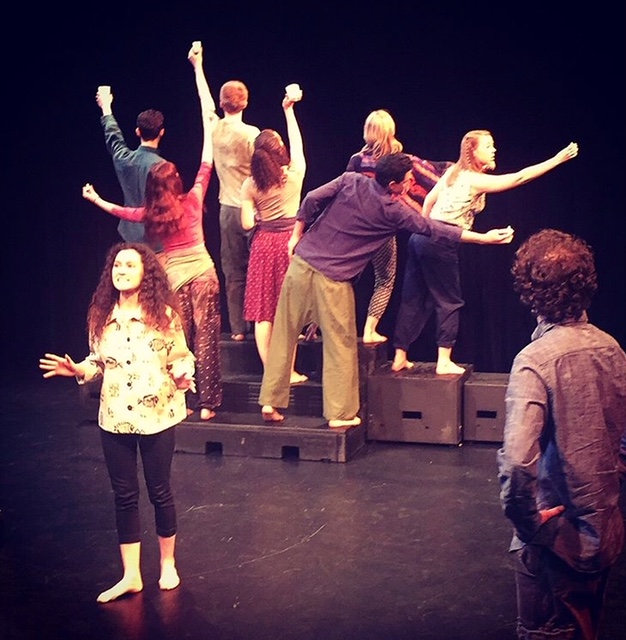 Because of this class, I will always ask myself, “why this play now?” Next fall, I am returning to Washington, DC and will have the opportunity to direct Ragtime and study the implications of directing this show during the Trump Era compared to the last time I directed the show in 2008 when Barack Obama had recently been elected.. This class and Emerson’s Theatre Education Graduate program has reinforced my belief that theatre is a vehicle for change and a way for us to examine societal issues. 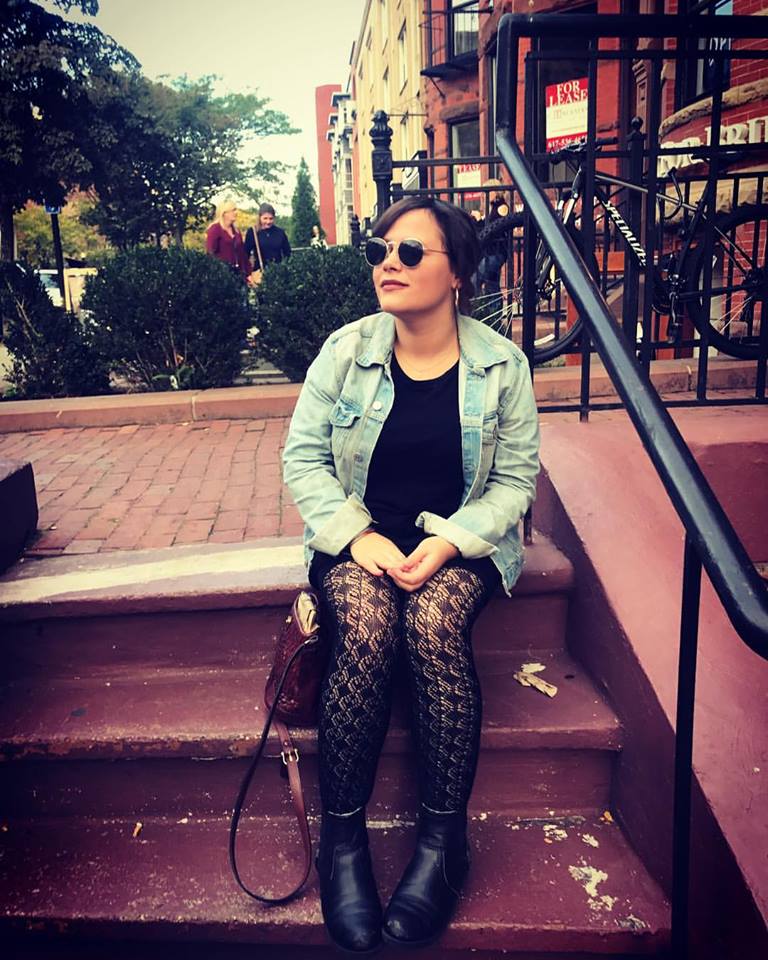 Jillianne Roos a second year MA student in Theatre Education at Emerson. She is a native of Washington, DC where she spent the last 10 years directing over 40 shows in DCPS high schools and middle schools. She is also a member of the Theatre Lab’s Life Stories Institute that works with marginalized populations to create original pieces of theatrical work. She received her BA in Social Welfare from the University of Wisconsin and will return to DC in the fall to complete her student teaching.