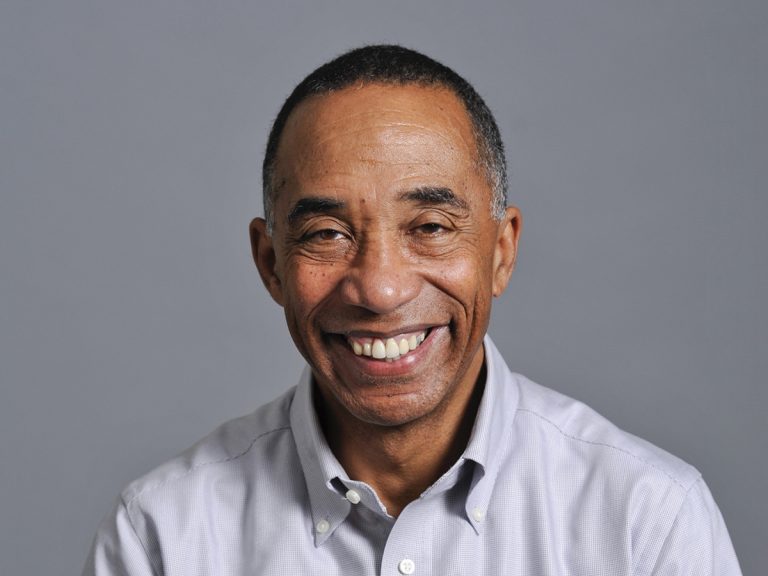 Last week, we sat down with Theodore “Regge” Life, Senior Distinguished Director-in-Residence, VMA to discuss his experiences with teaching during the pandemic over the last year.

In what ways did the need to take your courses online change your course design and/or approach to teaching?
The first thing I learned is that you can’t lecture on Zoom, you can’t just be the sage on stage as you are in the classroom. Teaching over Zoom really only provides short bursts of information, and the more interactive the better. The breakout rooms are invaluable for all my teaching. Any way you can get the students to be interactive is really the trick of online teaching. You really have to be this sort of provocateur, where you say things to provoke responses and interaction, and you put people in breakout rooms in smaller groups where they won’t have to feel like they’re being called out to speak in front of the big group.

Can you tell me a bit about how you were able to connect your directors and actors virtually?
That’s where the breakout rooms really came in handy. We would all gather in one main room in Zoom, and then very quickly we would create little teams and put them into breakout rooms for 15 or 20 minutes to work on scenes just in their little group. Then, we would come back together in the main room and each group would designate a spokesperson to talk about the experience they had just gone through.

In a future post-Covid world, do you think you might continue to use any technologies in your course that you’ve become accustomed to during the pandemic?
Zoom can sometimes facilitate things a lot easier than meeting in-person. The thing with my class and working with the acting students is that the two departments (VMA and PA) operate on two completely different schedules. In the past when we were totally in-person, it was often difficult to put the groups together outside of class because of these divergent schedules; directors and actors would end up meeting at bizarre times early in the morning or late at night. Because of Zoom, in moving ahead, that kind of early work—which we call table-read work—that can be done on Zoom, and that way people don’t have to physically meet. You don’t have to factor in travel time and all that stuff, and just maximize all the available time that they have. I think a lot could be done before you have to schedule an in-person meeting.

In your view what have been the most challenging parts of teaching during Covid? Were you able to overcome those challenges?
Well yeah, I’m still alive [laughs]. That’s the big overcoming! The tough stuff is that you can use Zoom in the beginning, but at some point you do have to be in-person to do the work in the most effective manner. You can still do the work remotely, but there’s nothing like being in the same room together when you’re actually capturing a scene with equipment.

Just yesterday, in my Advanced Directing Actors class we were capturing the last project. And, you know, you’re doing your best to keep six feet away and keep everybody six feet away from each other. You forget, because in production you’re trying to get something done and oftentimes you have to break the six-foot rule to get it done. But, we got the final project done in class yesterday; now, they still have to do some projects on their own, and I hope they’ll still try their best to keep the six-foot rule up during production, but that’s hard.

Aside from using breakout rooms, adding interactive elements to your course, and the increased flexibility Zoom provides, what else would you say has gone well with teaching during Covid?
I think that—especially with the students that decided to choose Flex [learning]—it made everybody more serious about it. They wanted the education enough to risk their own health, perhaps, to get it. We all were trying to work together and learn the rules and follow the rules together, because it meant that much to have the education, to have the knowledge that students want when they come to a school like Emerson. Everybody having a little more skin in the game has been a positive. That little extra effort along with making the most of this viral world—those are the things that I’ll always remember.

It wasn’t as bad as everybody made it out to be when we were getting ready to do this. When we all had to stumble into it last Spring, it was hard because nobody knew what to do, and you’re trying to figure out, “OK, how do I change all this stuff around?” But, resourcefulness happens. I did my Directing Actors as a Summer I course and we were able to do remote production. I discovered these devices that could be programmed by the actors so that they could still do their monologues. There were ways [to do the work] that were created everywhere, not just at Emerson, but in Hollywood, and everywhere in the world. Devices were created and were retrofitted to do that same work—maybe not as well as the human operator, but you could do it. It was about getting the job done.

Any final thoughts?
I’m a kind of a person that’s always looking at the glass half full as opposed to the glass half empty. I’ve tried to harvest from this whole Zoom experience what has worked and what could be a benefit in the future moving forward. Like I said, some things are better online because you’ve got undivided attention in some things. To me, those are timesavers when you realize peoples’ schedules are so complex that organizing stuff meant travel time, and there were other factors. Even this interview we’re conducting right now. In the past it would be “OK, when are you free, when are we going to meet?”. Who knew that we could do all of this completely over Zoom? You’re doing your interview, I’m sharing my comments, nothing more would’ve happened if we met in-person. We couldn’t have improved on it. And that’s the thing we should keep in mind. Maybe all this other stuff we attach to being together is a luxury. We can really get the job done like we have been doing it. Human interaction [in-person] is important and means something too, but again, some of that is a luxury.

This interview has been edited for length and clarity.